Two new units will be added to the Academic Skills course this year:

The first of the new AS units is a lecture about some maxims, or rules, of conversation that an English philosopher of language named H.P. Grice devised. These rules have become known as Grice’s Conversational Maxims, or Gricean Maxims. It can be said that Grice’s work formed the basis of the modern study of pragmatics.

You can download the EXERCISES, FULL TRANSCRIPT, and ANSWER KEY as well. 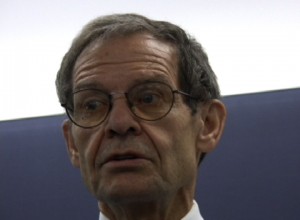 The new unit on “Multiculturalism in Canada” offers a Canadian perspective on cultural accommodation. It shows how multiculturalism can offer a way to respond to religious and cultural diversity. Going beyond merely tolerating group differences, it strives to treat minority group members as equal citizens and accommodates their differences. For example, in Canada, Sikhs who serve in the Royal Canadian Mounted Police (commonly called “Mounties”) are allowed to wear their turbans instead of the standard-issue hat. The speaker, Professor Bob Courchȇne of the University of Ottawa, speaks about how immigrants to Canada have been accommodated in various other ways, as well. He also mentions how Canada has sometimes fallen short in its responsibilities to its immigrants and First Peoples. In the second part of the video, the speaker explains how he and other teachers in Canada try to accommodate immigrant students in their classes to help with their adjustment to Canadian society. Access the video by CLICKING HERE.

You can download the EXERCISES, FULL TRANSCRIPTS, AND ANSWER KEY related to this unit, as well.

All of the video materials used in the Academic Skills course, including the unit on Gricean Maxims, have been uploaded to the server accessible from CALL classrooms to make it much easier to access the videos and navigate from section to section within the same unit. It will not be necessary for you to use the DVDs anymore, unless you feel more comfortable doing so. In addition, students will have easy access to all the video material so that they can review lessons outside of class or, on their own during class time, if you allow them to.

In the future, all new video materials for the Academic Skills course will be made available through video streaming on the video hosting site Vimeo. That will give students more control over the material and allow them to review videos at home.

At the IE Orientation on April 6th, during a session about the new units to be used for Academic Skills, Jeff Bruce introduced an activity that he has been using in his AS class which he calls “one-minute lectures.”  We would like to fully endorse the activity and encourage all AS teachers to add it to their repertoire of activities. It was unanimously agreed by the participants of the session that we should give more weight than we have been giving to aspects of the class other than the midterm and final exams. Feel free to use the “one-minute lectures” for up to 20% of a student’s grade. Here is an explanation sheet about the activity that was generously provided by Jeff Bruce.

It was also decided that we should tell students what the themes of the midterm and final exams will be on. Of course, do not give them any further information about the exams, but, letting them know the themes will allow them to do some pre-reading or pre-listening of content related to that of the exams.